I was just pondering a commonality in the races of Akavir: the one beast per nation motif. Perhaps instead of literal beast-folk could this motif indicate a Totemic Society that the Men of Akavir adopted long ago? Could the Snow Demon, Monkey, Tiger (or Tiger-Dragon) and Snake be Symbols for these people to base their culture upon, and be banners under which they fight? If we look to Old Atmora, we can see a possible similarity in the the Atmoran worship of Animal Totems that included the Dragons they lived among. The Akaviri also lived among the Dragons, and at least one nation, the Ka Po’Tun, revere aspects of the Dragon. These animal identities could be so ingrained in the collective minds of these cultures that they truly exhibit the natures of these beasts. The Tang-Mo are aloof but brave, kind but unpredictable. Independent but willing to band together. The Kamal are a cruel, methodical people who take from others what they need for themselves, then retreat back into their cold and dark homeland. The Ka Po’Tun are an ambitions and sly people with strong traditions, who are brave hunters and fierce killers. The Tsaesci are clever and conniving people, who value cunning and skill to overwhelm and consume foes much larger than themselves.
While literal beastpeople can be a very fun idea, I also enjoy the idea of men who symbolically take on the traits of beasts they admire. The rituals involved, and the unique societies that could form are interesting for me to think about, whether the animal aspects of these nations are literal or methaphorical.

Remember that Akavir exists in the future. Add your beast ideas to that notion and see what comes back.

...you meant that literaly?

Yes?
I mean, yes that Akavir literally exists in the future of in-game TES. As in, maps of it are either transmitted images from the future and/or rendered by people returning from an expedition back to the past.
Every time they come back, what have they missed regarding their map, since it is inevitably outdated?
And, yes, that the OP should take their ideas about beastmen using that filter and see what comes out of it.
And... yes, moving forward (get it?) we will see more and more truths about Akavir. The New Amaranth sends their love, by the way. 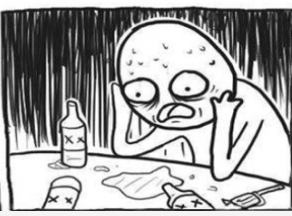 as the one true son of Jubal and Vivec

as the one true son of Jubal and Vivec